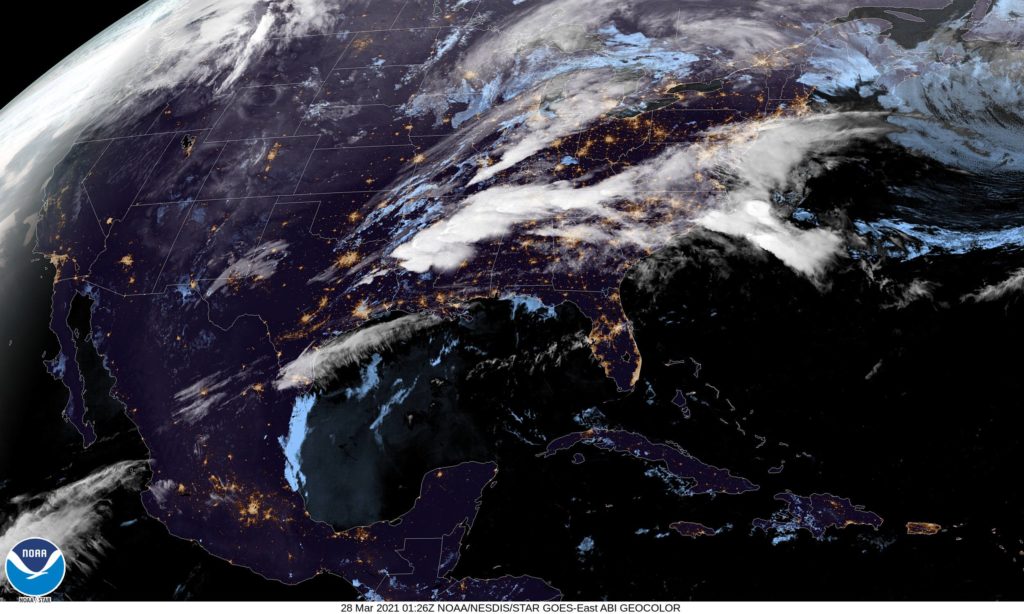 An expansive storm system could dump more than 4 inches of rain on parts of Middle Tennessee.Courtesy National Oceanic and Atmospheric Administration
Share:

Middle Tennessee’s severe thunderstorm warnings and tornado watch have expired, but more waves of intense weather are heading our way. The biggest danger of the moment, and one which shows no sign of letting up, is the risk of flash floods in the creeks, streams and low-lying areas in places where the worst of the storms have already moved through.

The additional rainfall has prompted the National Weather Service to warn of “life-threatening flash flooding” overnight.

A flash flood watch had already been in place for most of the region. Between 9:30 and 10:15 p.m., forecasters upgraded to flash flood warnings for multiple counties. That indicates danger was already imminent across a swath that includes: Ashland City, Fairview, Pegram, Thompson’s Station, Spring Hill, Brentwood, Franklin, Eagleville, Nashville, Goodlettsville, La Vergne, Nolensville, Mt. Juliet, Lebanon and Cookeville.

The weather service says more than 4 additional inches of rain could fall in some areas overnight. The area of most concern is a strip of southwest Middle Tennessee that runs just south of Nashville and east to the Upper Cumberland Plateau.

“This rainfall combined with very saturated soil could result in life-threatening flash flooding later this evening and overnight,” meteorologists warned.

In the early evening, a storm that may have included a tornado moved through Perry, Hickman and Maury counties. Storm spotters tweeted photos that seem to show a tornado taken in the Hohenwald area. That storm cell was then downgraded to a Severe Thunderstorm Warning as it continued moving through Maury into Williamson on a path that includes Rutherford County.

As of 7:20 p.m., those areas remain under the warning, and a new one has been added in Lewis, Hickman and Maury counties as a new storm cell moves through the same path.

Following behind those storm warnings, the heavy rain has triggered Flash Flood Warnings along roughly the same path. Currently that flood warning covers portions of Perry, Hickman, Maury and Williamson Counties. The Harpeth River is under a Flood Warning as portions of it are at or near flood stage.

Meteorologists are confident in high rainfall totals, but they say the likelihood and timing of severe storms is less certain. If they develop, storms could deliver damaging winds, hail or a strong tornado. One timing estimate suggests an arrival of 6 p.m. for areas near Interstate 40, but closer to midnight, or later, as the storm travels east.

The heaviest rain hasn't even arrived yet. If the rivers and creeks in your location already look like this, be prepared for them to get even worse later today and tonight. Many rivers are likely to overflow their banks. https://t.co/51ixp6QHsz

Some flash flood warnings have also been issued. A warning that includes a swath from Columbia to Eagleville expires at 3:15 p.m. Another for portions of Marshall and Bedford counties lasts until 4:15 p.m.

“It’s just been raining nonstop and that’s really not going to stop. We’re looking late tonight — well after midnight — before we can even start to think about giving the all clear for this,” says Dan Hawblitzel, meteorologist with the National Weather Service. “We are getting more and more concerned about a flash flood threat.”

Early Saturday thunderstorms knocked out power for thousands. By 4 p.m., most service had been restored — though Nashville Electric Service was still reporting about 1,300 outages.

In a briefing at 11 a.m., the weather service said rivers and creeks could top their banks, making for life-threatening situations. More than 2 inches of rain is likely, and Hawblitzel said more than 4 or 5 inches could fall.

A key factor in tornado formation will be the temperature. If it reaches the mid 60s or higher, the threat of severe storms will elevate.

Nashville Electric Service says the outage peak of more than 16,000 customers had dropped to around 7,200 as of 10:30 a.m. Saturday. Middle Tennessee Electric, meanwhile, is ticking up with about 600 customers currently out of service — mostly in Williamson County, followed by Rutherford and Wilson; and Cumberland Electric Membership Corporation, which peaked at just over 100 who lost power, is now down to a few dozen outages. Dickson Electric System also has outages.

WPLN News is back on air with national programming after lightning damaged our systems and knocked us offline for a few hours. 90.3 FM still has limited live capabilities, so listeners can find periodic updates on our sister station WNXP at 91.1 FM or stream them at wnxp.org.

A severe thunderstorm warning from the National Weather Service remains in effect for Columbia, Mount Pleasant and Summertown until 11:15 a.m. The earlier morning warnings have since expired, but in an email at 9:30 a.m., NWS warns that Middle Tennessee has a very active 24 hours ahead of it.

Flash Flood Watch remains in effect until 7 PM (not 7 AM) Sunday. Think the rain will be over for us by 7 AM Sunday morning but flooding impacts may continue past then. pic.twitter.com/BFZjVlr2GZ

Lightning also damaged the receivers for WPLN News, taking it off the air. Listeners can find periodic updates on WNXP 91.1.

The National Weather Service has not issued tornado watches or warnings for the region, but it has issued a flash flood watch that will be in effect until Sunday evening. Forecasters predict 1 to 3 inches of rain will fall on ground that is already saturated from earlier storms. Some places could receive as much as 5 inches.

Another round of hail is also possible.