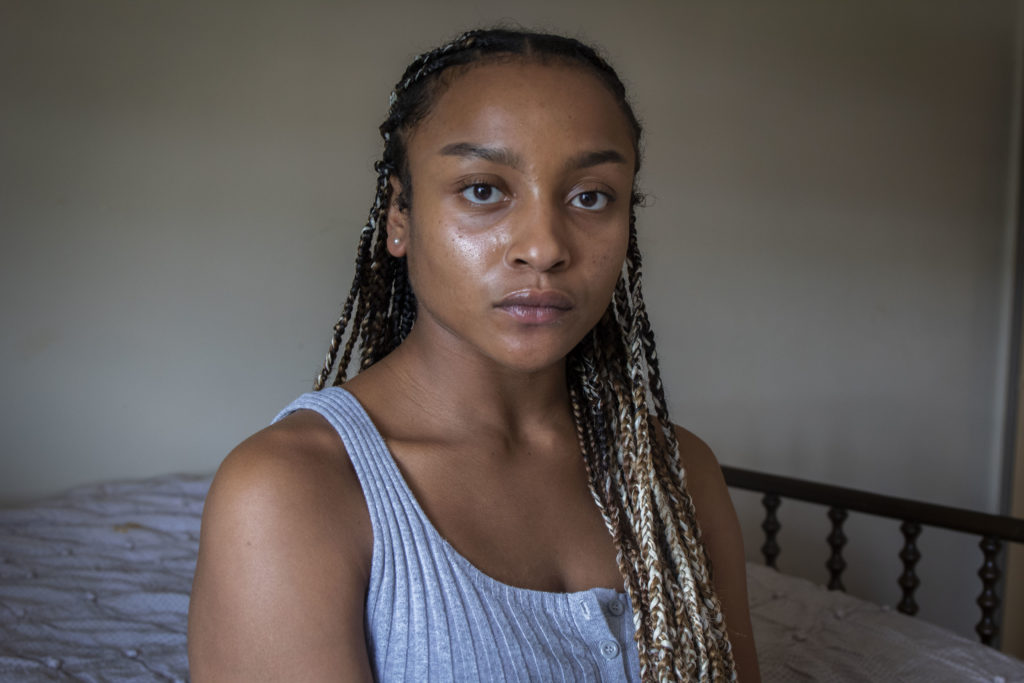 Videos of police brutality — and of white residents policing Black people — are traumatic to watch. For Nashville native Asha Evans, those videos, plus her own daily encounters with white colleagues, began chipping away at her mental health.

This is the third installment of our series Breaking Points, in which we pass the mic to Black Nashvillians to talk about their own experiences of racism and their visions for the future. Listen to Evans’ conversation above, or read interview highlights — and some extras — below.

More: Listen to more first-person narratives about racism in Nashville in our series Breaking Points.

Coming of age after Trayvon Martin was killed

I feel like I’ve watched a murder on Twitter once a month since 2014. Murders, like police murdering black people. So because it has been the same situation over and over and over and over again — and it’s still like happening like there’s still like lynchings going on every day. And now, I don’t even have the energy because, I mean, I guess white supremacy has wore me out.

Once, Trayvon Martin got killed and then George Zimmerman was acquitted, I just realized that this country isn’t for us at all. It was just a very big eye opener. It changed my life for sure. It made me look at the world differently, I can’t just call police. I just need to monitor myself more. I need to police myself more.

It’s rough. I could go outside and get killed any day. I don’t raise my voice too loud.

Working at restaurants here in Nashville, you just see white corporate culture — noticing all these people that are behind the bar, they’re white. Essentially, those positions put you in better positions to make more money. So it’s systemic. It’s not just like a title. It just plays into the system of how they just get better opportunities, more money and then the cycle just keeps repeating.

A lot of times behind closed doors, they joke differently, but once you’re behind those closed doors with them, you kind of get exposed to those “jokes” and how they feel about black people in general and the stereotypes that come with black people dining in. Not wanting black people to sit at your table because you think they’re not gonna tip you. If a black woman was to complain, she’s being “rowdy.” She just wants to “get free stuff.” But if a white woman complains, “Oh, we have to fix it like right away, and we’re not going to give her any problems about it.” I would literally watch black women, or black people in general, not get treated with the service and respect. And they were paying the same amount of money to these establishments.

It’s not just like an isolated situation. Like, yeah, it’s within a restaurant. But these people that are in this restaurant at this specific time work in other industries after that.

I feel like black people are in a constant state of having to take little microaggressions and within that, they become a big macro-aggression that we have to deal with constantly for our entire lives.

I don’t know, there is nothing like being surrounded by black people who love me and have the utmost respect for me and want to see me win in every situation imaginable. I love that. So my friend group, if it has to be black people that do that, then I’ll keep it like that.