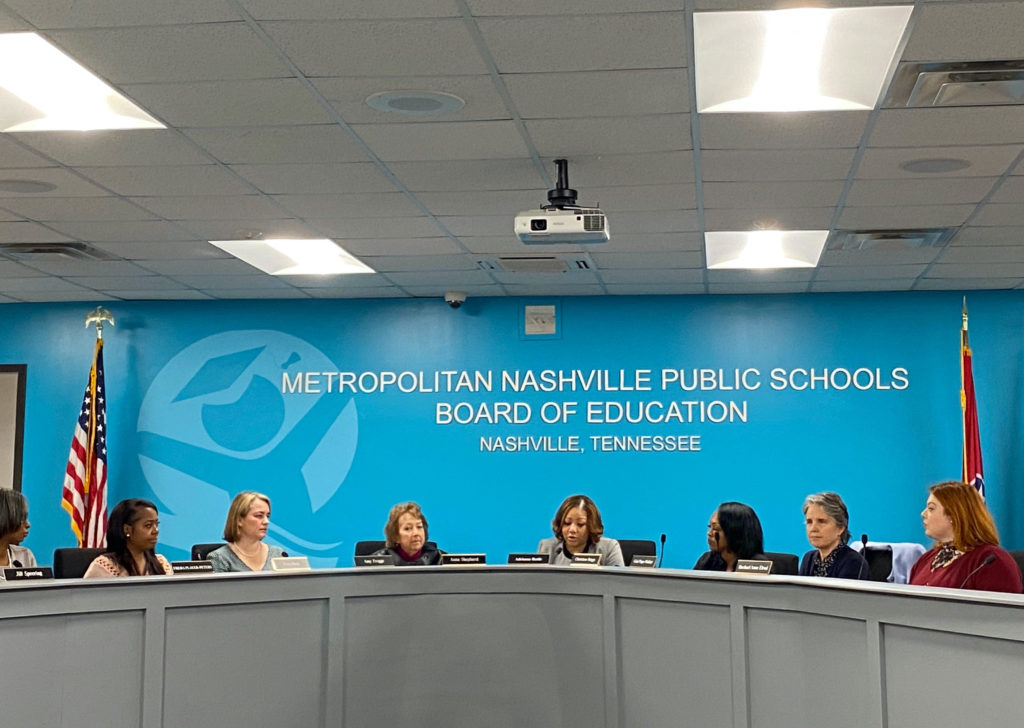 Nashville school board declined to launch an external investigation into the district's security department during a board meeting on Tuesday, May 26.Damon MitchellWPLN News (File)
Share:
Listen
/

Freda Player-Peters, a Nashville school board member, says $16 million is how much the district spends to update textbooks.

“That affects what resources we can spread out between each school to make sure they have the latest or the most updated information and resources they need to do their job, and to be current in the current education curriculum,” says Player-Peters.

“You know the ESA bill that we passed last year will result in additional funding for both Metro Nashville schools as well as Shelby County schools,” says Johnson. “It’s puzzling that they would sue when we’re giving them more money to educate their kids.”

Johnson also says this will expand education opportunities for students living in areas with struggling schools.

The office of Gov. Bill Lee and Tennessee Education Commissioner Penny Schwinn did not immediately respond to a request for comment.