Listen to any of our channels
Emil Moffatt 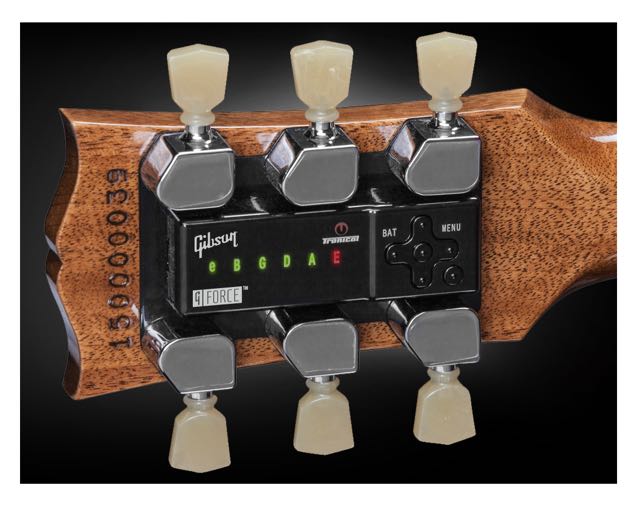 A Nashville instrument-maker has spent millions of dollars over the course of a decade trying to perfect a self-tuning guitar.

It wasn’t until this year, however, that Gibson, the brand behind the iconic Les Paul, started making automatic tuners a standard feature on most of its electric guitars.


With the press of a button, tiny motors twist the tuning pegs and within seconds, the guitar is ready to play. The tuner is a small black box tucked out-of-sight on the back of the headstock
.

He remembers showing off the device to a longtime guitar tech in Santa Fe.

“I pushed the button and I strummed the strings and I watched it and he goes ‘I can die now. I think I’m in heaven.'”

Anderton
says while there’s a common perception that a self-tuning guitar is only meant for beginners, he notes that it can save valuable time for even experienced musicians – whether they’re in the studio or on stage.

“Basically, I think that all that really matters is that once you try it, you can’t help but get addicted to it,” he said.

But many musicians who’ve tried the automatic tuning guitars say they don’t like them at all. Some of the pros who frequent Corner Music in Nashville are flat-out rejecting the 2015 Gibsons.

Why? They say while the automatic tuning system
can be fast, it can also be unreliable.

At Nashville’s Gruhn Guitars, George Gruhn has in the business for more than a half-century. He says he’s tried the new Gibson models.

“My personal opinion is that this is going to be a very hard sale,” he said. “And I have not yet met anyone who claims to be having success with them.”

Despite his affinity for old guitars, Gruhn says he’s not anti-technology. He pulls an iPhone out of his pocket, sets it on the table and plucks at a nylon-string classical.

“Anybody who can’t learn to tune a guitar with a tuner app on their telephone … isn’t going to learn how to play guitar. This is just a non-problem.”

That “ain’t broke, don’t fix it” line of thought is shared by a lot of musicians.  In order to give the tuner more accuracy, Gibson made alterations to the guitar’s timeless design, including a slightly wider neck.

Then there’s the price — up by 30 percent in some cases, although the company says the new technology accounts for only a small portion of that increase.

Despite the critics, Gibson is pushing ahead with automatic tuning. First it was the electric guitars made in Nashville, and acoustics are next.