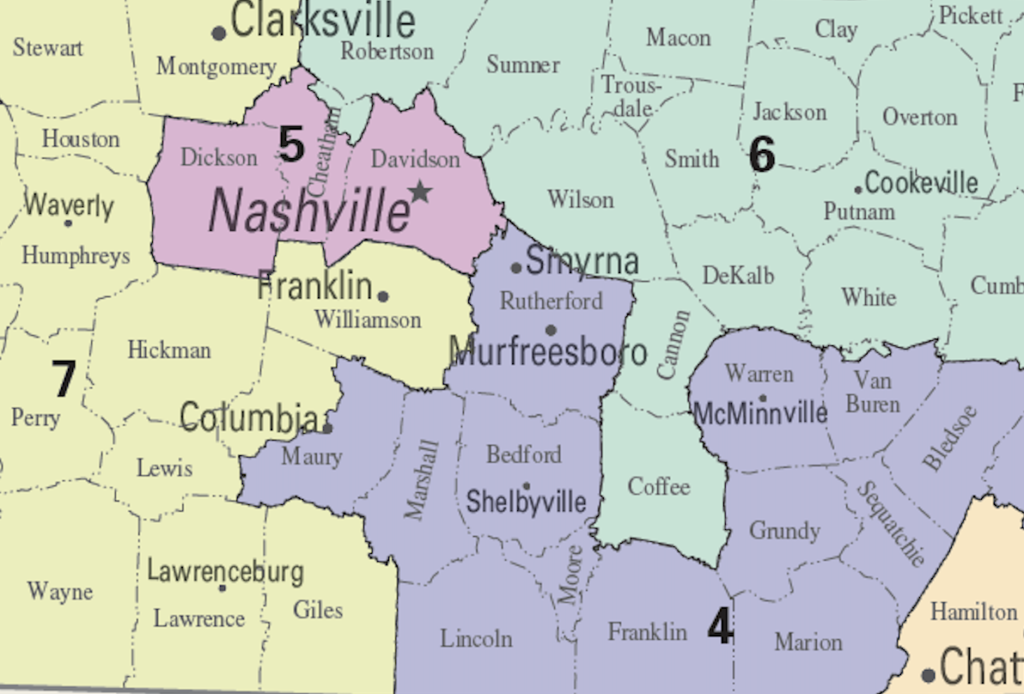 The congressional map in Tennessee changed substantially a decade ago, the last time maps were redrawn.
Share:

Tennessee is one of the few states that doesn’t have to get public feedback during redistricting, but nonpartisan voting groups are asking lawmakers to listen anyway.

Census data is in, and that allows Tennessee lawmakers to start redrawing district lines for congressional and legislative seats. The current map was drawn a decade ago.

ThinkTennessee’s report released on Thursday finds that 32 states hold public meetings to gather community input. Roughly half of states allow public input at the redistricting meetings themselves. Tennessee, however, requires neither.

Since maps are often drawn far from the affected communities, legislators need to hear about so-called “communities of interest,” says Matia Powell, director of Civic TN. She gives the example of her own diverse neighborhood. It sits near Nashville International Airport, which drives much of the local economy. She says those communities — whose boundaries don’t show up on maps — need to remain intact for political purposes.

“When I’m thinking about my community of interest, it’s probably going to be all of those communities that connect to the airport, so if something were to happen around that issue, we would have a collective voice on that,” Powell said during a webinar Thursday to discuss redistricting.

Some input was allowed in 2011, but ThinkTennessee is asking for more. Specifically, the group has four recommendations:

Census data should be delivered to Tennessee by the end of September. Legislators have until the end of January 2022 to draw their maps, leaving candidates for those seats just a few months before the qualifying deadline.

“When it comes to the health of our democracy, the process through which redistricting is conducted can be as important as the lines that are ultimately drawn,” says Shanna Singh Hughey, president of ThinkTennessee. “Allowing Tennesseans to meaningfully participate in that process would enhance their trust in the system and deepen civic engagement.”