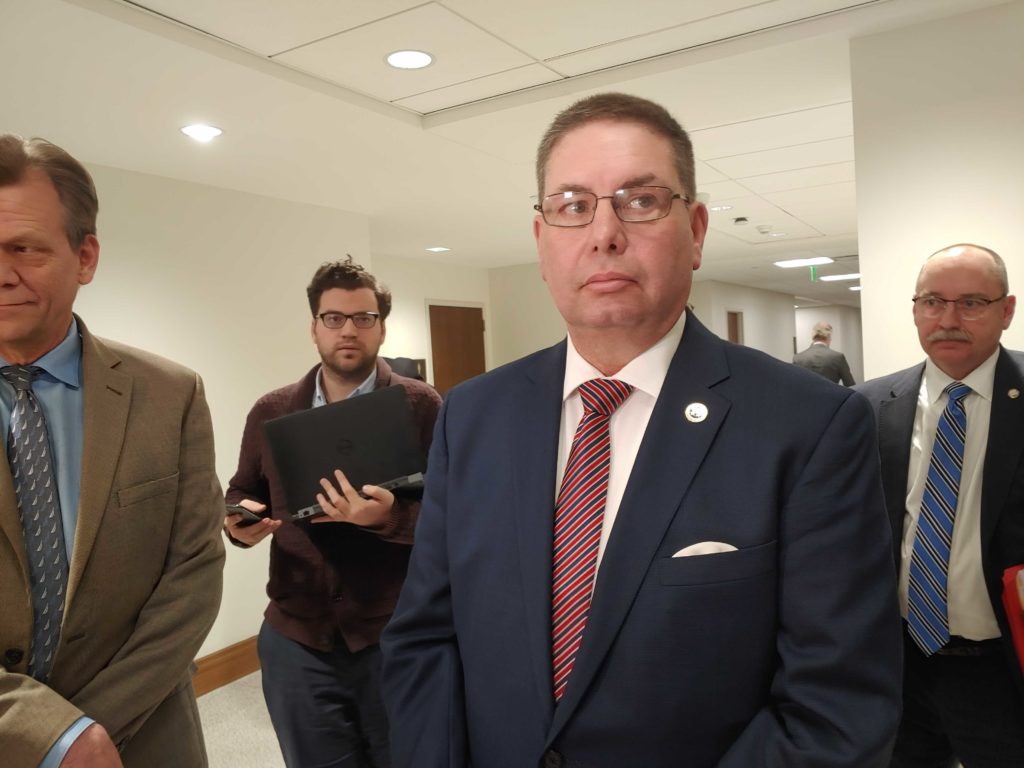 Commissioner Tony Parker said the TDOC's paper health records system is the reason why a recent audit found that that inmate files have not been updated with medical and mental health records.Sergio Martínez-BeltránWPLN News
Listen
/

The Tennessee Department of Correction has identified technology to solve many of the issues found by the State Comptroller.

Parker says this is the reason why a recent audit found that inmate files have not been updated with medical and mental health records.

He also acknowledges a lack of oversight. For example, staff has at times left medical files on buses while transporting inmates.

“In many cases, there was just an absence of oversight and staff failed to put these documents in the medical chart as required,” Parker told a panel of lawmakers gathered to decided whether the department would be reauthorized on Monday.

That’s why he said he would like to move to electronic records. This could cost up to $15 million.

Sen. Janice Bowling, R-Tullahoma, said she could accept the cost if it fixed the problem.

“That is not a significant amount if we can show a return on that investment, which I think we could,” Bowling said. “Not only in health benefits for the inmates, but also in the ability to transport files, in the ability to store files.”

Other lawmakers, however, seem more concerned given the department’s track record. They point at another $15 million committed for an electronic tracking system for inmates. After three years, it has yet to be implemented.

The audit revealed that there’s a lack of oversight of the state agency.

“You can sum up the bulk of this 200-page report in a single sentence,” Tennessee Comptroller Justin Wilson said. “That is the department did not have adequate controls to ensure what it told you — the legislature — the public, and even itself.”

In other words, Wilson said lawmakers can’t make accurate decisions without having the full story, and the department didn’t provide it every time.

One of the key findings is that TDOC did not ensure that the state and privately managed facilities entered sexual abuse and harassment allegations into its tracking system in a timely manner.

“If it ain’t documented, you don’t know whether it happened or not,” Wilson said. “This isn’t acceptable in the free world, and it is sure as a devil not acceptable behind bars.”

The department’s existence is questioned every four years as a regular course of business. And Rep. Mike Stewart, D-Nashville, wanted to postpone. But the lawmakers ended up voting to reauthorize the agency.

“This is absolutely ridiculous, for us to come in here a few days after the public receives this extraordinary audit report and essentially give the department everything they wanted,” Stewart said.

But Republicans and Democrats questioned Parker on what they called a lack of transparency.

“I don’t feel like we are getting transparency from y’all,” Sen. Mark Pody, R-Lebanon, told Parker. “It’s very disconcerting, as a legislator up here if we are not getting total, complete and accurate information.”

But Parker pushed back, assuring lawmakers neither he nor the department is being deceptive.

“In my 37 years, I would never jeopardize my integrity or the integrity of the department or the administration by trying to mislead anyone with any question related to correction,” Parker said. “I’m sorry, Senator, if this lead to anyone to that assumption.”