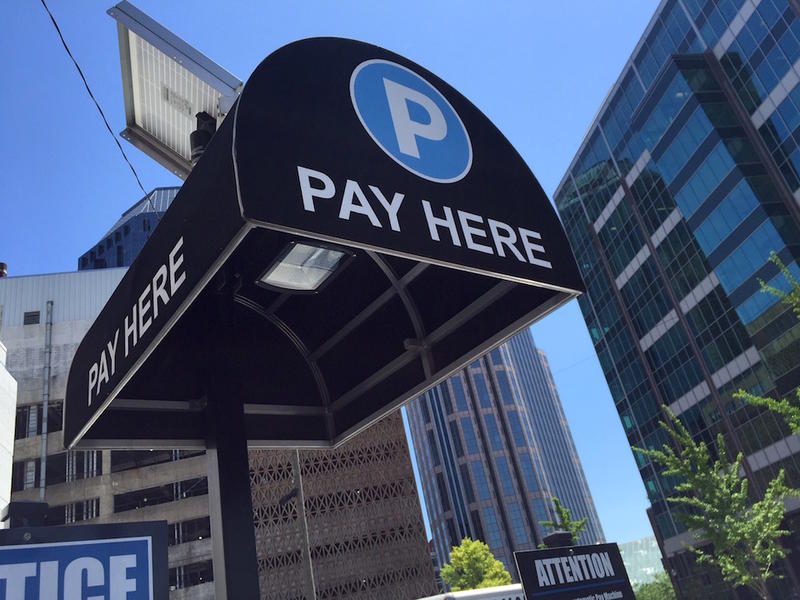 A study of Nashville parking is nearly complete, and could mean big changes for drivers. Tony GonzalezWPLN
Share:
Listen
/

Ever circled the block searching for a parking space? Or skipped paying the meter and hoped for the best? You’re not alone, especially in downtown Nashville, where parking generates its share of complaints.

But an exhaustive new study examines parking across the county and suggests several ideas that could make the experience more pleasant for drivers — although not necessarily cheaper.

Peter Westerholm, a former councilman, has analyzed the city’s parking spaces, prices, policies and enforcement as part of a study for the Nashville Area Metropolitan Planning Organization (MPO).

He presented draft recommendations Tuesday to about 50 people — including one man who spent $18 for a parking spot — as Westerholm surveyed his crowd.

“The fact that you chose to spend your lunch hour to hear about parking means you’re either a major nerd, like I am, or that you got lost,” he said.

In Westerholm’s hands, parking takes on great seriousness. He sees implications for property values and development and for how citizens get around. And he anticipates major technological “disruption” in the form of digital meters and garages.

But before he shared his recommendations, Westerholm painted a picture of the city’s current parking landscape.

He found that as much as half of the land is given over to parking in areas like Antioch and Madison (compared to 20 percent in Germantown).

As it stands, Metro brings in just more than a million dollars from its meters each year and about four times as much from its garages. Parking tickets accounted for $395,000 last fiscal year, with the city estimating that a third of violators are non-paying scofflaws.

Psychology plays a role in how drivers hunt for parking, and Westerholm says the promise of free parking is especially motivating — and a cause for congestion and what’s known as “induced demand,” meaning that people who might make alternative travel decisions will go ahead and pursue the promise of a free spot.

“When something is free … we don’t always respond to it as rationally as we should,” he said.

So in his policy paper, Westerholm recommends a series of technological advances and policy changes that could tinker with how drivers behave.

He recommends a system of meters and garages that have sensors that know when spots are available and can change the price based on demand. He wants to put that info into a real-time app for drivers. And, broadly, he wants better links between all modes of travel, especially mass transit.

In one scenario, he showed how smart meters could earn the city closer to $8 million annually, up from $1 million. In turn, that’s money that could be reinvested into high-traffic areas.

“I’m willing to pay a buck or two to go get a cup of coffee if I know that’s going to help me get a better sidewalk … that’s going to improve the quality of life in my community,” Westerholm said.

Among other suggestions are to:

All of the findings will appear in a policy paper. Then it will be up to elected officials to consider changes. Westerholm said there’s not likely enough political will to carry out some approaches he’s seen in other cities — but he’s delivering feasible ideas for Nashville that will show how interconnected parking is to other parts of daily life.