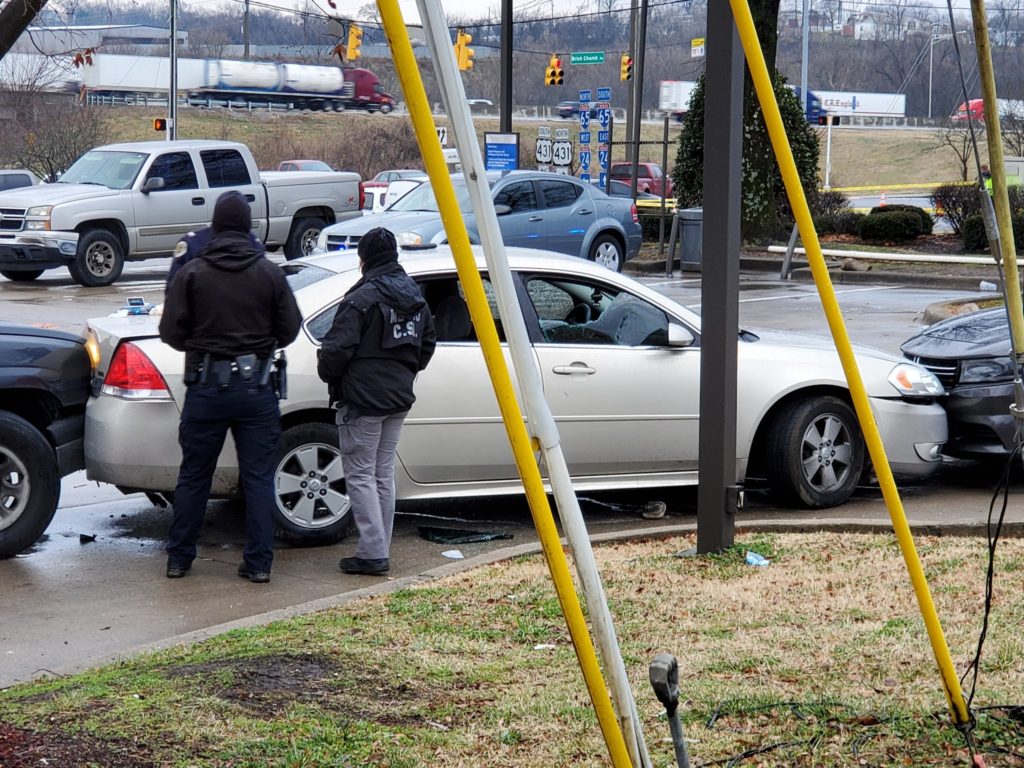 Agents from the Tennessee Bureau of Investigation are looking into a shooting by a police officer Wednesday afternoon.

Metro Nashville Police confirmed the incident along Brick Church Pike, which they say happened in the parking lot of an Exxon gas station at the intersection with Trinity Lane.

Police claim the man was a suspect in a robbery. “Suspect has been taken to a hospital. No officers injured,” they wrote in a tweet.

Staff for the city’s Community Oversight Board have responded to the scene. The agency conducts independent investigations into allegations of police misconduct and use of force.

At a press briefing Wednesday evening, MNPD spokesman Don Aaron said a group of officers — some in uniform and some undercover — were attempting to arrest a man they believed had robbed a restaurant earlier in the week. He said the man was driving a car that an acquaintance is alleged to have stolen from a sales lot, and that officers tracked him through a device on the vehicle to arrest him on aggravated robbery and assault charges.

When officers arrived, Aaron said, they surrounded the man in their cars, broke his windows and demanded that he surrender. One of the officers reportedly got into the back seat, yelled that the man had a gun and got out of the car. Another officer, identified as Wesley McClelland, allegedly believed the man was going to shoot him, so he fired his weapon.

Aaron said the man, who he identified as Lamon Witherspoon, 30, suffered wounds to his head and his hip and is being treated at Vanderbilt University Medical Center. Police said Witherspoon had a gun at the scene Wednesday, though they also believed he had a gun during the alleged robbery earlier in the week and determined later that it was a cellphone.

McClelland has been placed on administrative duty while police investigate whether he followed department policy. The TBI will also investigate and will share their findings with the district attorney’s office, as is policy for all shootings involving Metro police.

This is not the first time McClelland has shot someone on duty. In 2016, the officer shot and killed 43-year-old Sandy Joe Duke during a foot pursuit while serving on a proactive flex team.

In that case, a department investigation found that the shooting was justified, Aaron said.

This is a developing story. Early reports of police shootings are often inaccurate, and we will note any updates as we confirm them.