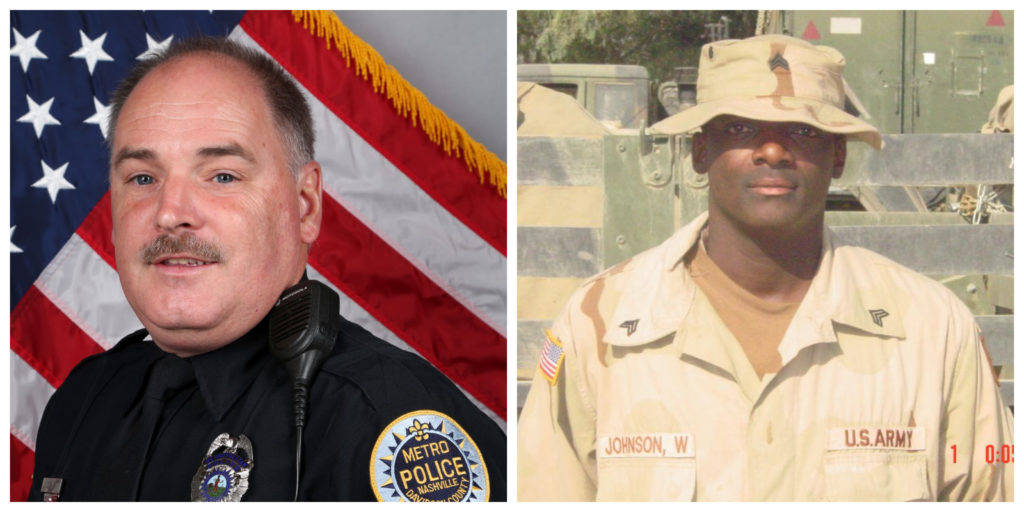 When Nashville police shot and killed a Black man during a high-speed chase in late May, the case seemed clear-cut: William Johnson Jr. was believed to have shot an off-duty officer just a few minutes earlier.

Newly released records of that night, including a recording of the initial 911 call, shed a bit more light on what happened, but they also leave many questions unanswered.

It all started just after 9 p.m. on a Thursday night, when Metro Nashville Police Officer Darrell Osment was walking his dog outside his parent’s house on a dark stretch of country road near the border with Ashland City. Minutes later, he was on the phone with 911.

“I’m having trouble breathing,” Osment said, letting out jagged exhales as a dispatcher reassured him.

That call from the western edge of Davidson County set in motion a series of events that ended with police opening fire on a crossover SUV on Interstate 440, near the Nolensville Pike exit.

The case was quickly forgotten when Minneapolis police killed George Floyd four days later, setting off nationwide protests. But WPLN News has been reviewing records of the incident, to try to make sense of what happened.

At the time, Osment told a dispatcher he was completely caught off guard. He was off duty and said he’d just been shot in the shoulder in his parents’ neighborhood. He had no idea why.

“It was a Ford Flex gray. I’m not sure if they were waiting on me,” Osment told the dispatcher. “A male white. He had on a mask. He walked past me and opened fire.”

He said that the man was wearing a mask, maybe because of COVID-19. And that he didn’t recognize him.

Osment wasn’t even sure which way the man drove off. But he seemed certain of one thing: The man who shot him was white.

“You said it was a male white? What you thought?” the dispatcher asked.

“All right,” the dispatcher replied. “They’re behind someone that matches that description. So, hopefully we’ve got him.”

In a different part of town, Bordeaux, an officer had spotted a Ford Flex SUV. Within a minute, a helicopter was hovering overhead.

“I think they’ve got the suspect vehicle,” the dispatcher told Osment. “I think they’re chasing him right now.”

It’s unclear from the tape how police could be certain that this Ford Flex was the right one. They’d spotted it about 10 miles away, eight minutes after the 911 call came in.

But the dispatcher assured Osment.

“They’ve got a pursuit going on right now on that guy, and I think they’ve got him,” he says. “It’s a pretty unique vehicle. So, hopefully it’s the right one.”

According to a Metro Police press release from the next morning, officers said they hear shots coming from the vehicle. They threw spike strips into the road just across the river from Bordeaux, near the north precinct. Said they heard more shots from the car.

They kept chasing. As the car zoomed onto Interstate 440, a spike strip blew the tires out. Police say the driver opened the door and they heard gunfire. Three officers fired back.

Six bullets tore through the man’s legs, his knee, his foot. They struck his right femoral vein and artery. And paramedics confirmed at the scene that William Johnson Jr. had died.

WPLN News requested the 911 tape the morning after the May 21 shooting. Metro Police released it last week. The call raises questions about one major piece of the police narrative. Officer Osment said three times that a white man shot him. And Johnson was Black.

“So, how do you not know it was a mistaken identity?” asks his sister, Brandi Johnson. “And then, they could’ve started chasing the wrong person and scared him half to death.”

Brandi says her brother suffered from post-traumatic stress disorder after serving in Iraq. She wonders if he was speeding away because he was fleeing a crime scene, or because the police pursuit triggered his PTSD.

An autopsy reviewed by WPLN News reports finding benzoylecgonine in Johnson’s blood, which is a byproduct of cocaine and remains in the blood for a longer period of time than the drug itself. But the medical examiner’s office says there’s no way of knowing when he ingested it, so it’s unclear if he was feeling the effects that night.

The TBI says it can’t comment while the investigation is ongoing. But a spokeswoman for Metro Police says Officer Osment was likely in shock while speaking to the 911 dispatcher and gave the best description he could, given the lack of lighting. The department also says the physical description is just one piece of evidence, and that other details, like the car model, also pointed them to Johnson.

His sister still has her doubts.

WPLN News checked with the Tennessee Department of Revenue to get an estimate of how many gray Ford Flexes could have been on the road that night. They say there are only about 4,000 Ford Flexes registered in the entire state, of which 1,100 are gray or silver. That’s compared to nearly 221,000 Ford F150’s, the state’s most popular vehicle.

Still, Brandi says she’s waiting on more information about what happened to her brother Billy.

“He was a human. He had a family. He had grandkids. He has a daughter. He has friends,” she says. “People that are still finding out about him [being] gone are reaching out to us, like, ‘We cannot believe it. He was the most sweetest, genuine person you would ever meet.'”

Four months later, the Johnson family is still trying to make sense of all the bits and pieces. They want law enforcement to test the bullet that pierced Officer Osment’s shoulder, to see if it matches Johnson’s gun.

The TBI says that it’s still gathering and reviewing evidence, and that agents are sharing their findings with the district attorney.

Clarification: The headline on this article has been revised. The original version read, “Investigation: 911 Calls, Autopsy Bring New Details To A Fatal Police Chase In May.”