Tennessee’s new commissioner of health made his first appearance before a legislative committee Wednesday, though the Republican chairman warned members not to question Dr. Ralph Alvarado about HIV funding. It’s become increasingly clear that Tennessee’s rejection of federal funding for HIV prevention targets Planned Parenthood, which received some of the money for condom distribution. The state also says it plans to keep spending on HIV prevention, but prioritize HIV prevention for victims of human trafficking, first responders, mothers and children. Some basic testing and treatment for HIV could vanish in Nashville after the state decided to stop accepting a big grant from the Centers for Disease Control and Prevention. Millions of dollars flow through the United Way of Greater Nashville to smaller local nonprofits. Much has changed about the prevention and treatment of AIDS, but there’s still work to do. That’s why local artist and health educator Cynthia Harris wrote the play, “The Calling is in the Body.” The South represents more than half of all new HIV cases in the U.S., and the region is making slower progress than the rest of the nation, according to the latest HIV/AIDS figures kept by the Centers for Disease Control and Prevention. 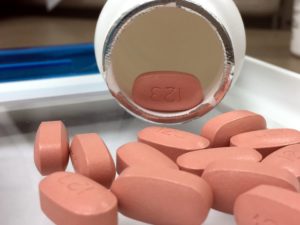 December 1 is Worlds AIDS Day. In this episode, we’ll talk with people living with HIV and those who have been on the frontlines providing services and education to battle AIDS in Middle Tennessee since the early days of the virus. We’ll also look at how our understanding of the AIDS epidemic provided a bedrock of understanding when COVID-19 took off.

Nashville’s largest clinic that offers a daily pill to prevent HIV is cutting back its services. So-called “PrEP” clinics have warned they may be run out of business over changes from drugmaker Gilead, which produces HIV medication.

In Tennessee, people with HIV risk criminal charges if they don’t disclose their diagnosis, and advocates say it’s time for those laws to change.