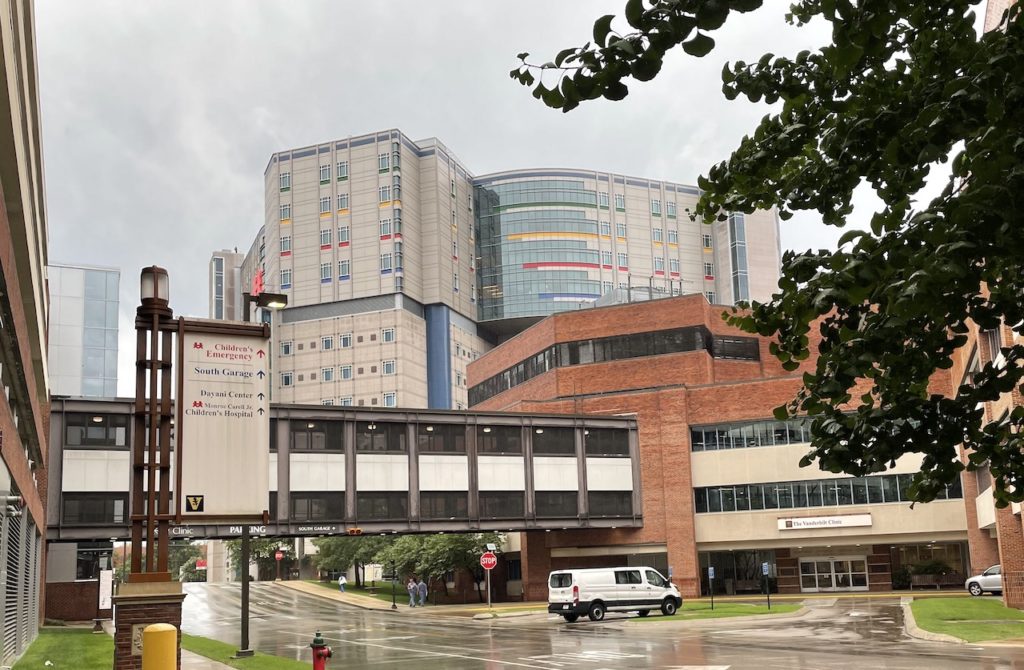 A far-right podcaster who has been leading a campaign against Boston Children’s Hospital for providing gender affirming care has now turned his sights on a similar clinic at Vanderbilt University Medical Center in Nashville.

Matt Walsh used part of his show on Tuesday to call attention to the local facility, using inflammatory language to describe Vanderbilt’s services for transgender patients.

A statement from Vanderbilt says Walsh’s claims and subsequent social media posts by others “misrepresent” facts about its Transgender Health Clinic, such as insinuating employees are forced to participate in gender affirming care.

“Our policies allow employees to decline to participate in care they find morally objectionable, and do not permit discrimination against employees who choose to do so,” the statement says. “This includes employees whose personal or religious beliefs do not support gender-affirming care for transgender persons.”

Walsh’s show did not include any comment from Vanderbilt, but local politicians and activists have seized on the out-of-context material anyway. They include Tennessee’s House majority leader, William Lamberth, who said he is “deeply troubled” by what he referred to as “child mutilation.”

I'm deeply troubled by what @MattWalshBlog uncovered about the Pediatric Transgender Clinic at VUMC. @GovBillLee is right to call for an investigation and we will support that investigation 100%. This type of child mutilation should be illegal and soon will be in TN." https://t.co/I1UPR7vRcw

Gov. Bill Lee says in a statement to WPLN News that he sees “serious moral, ethical and legal concerns” with Vanderbilt’s clinic.

“We have to protect Tennessee children, and this warrants a thorough investigation,” he says. His spokeswoman, Casey Sellers, says the governor’s concerns have been shared with the state attorney general, though when asked she did not specify what illegal behavior could be occurring.

The Office of Tennessee Attorney General Jonathan Skrmetti says it’s “aware” of the allegations and that he will “use the full scope of his authority to ensure compliance with Tennessee law.”

The Tennessee legislature has passed several anti-transgender laws in recent years, and several states are considering bills that would punish doctors for providing gender affirming care for minors. Alabama has such a law on the books, though a federal judge partially blocked the measure earlier this year.

GOP candidates across the country have escalated anti-trans messaging in their run up to November elections, finding a potent wedge issue to activate their voting base.

“The Matt Walsh Show” is based in Nashville — part of Ben Shapiro’s Daily Wire media empire. Walsh is one of several conservative media personalities and media companies that have relocated to Nashville in recent years.

The same instigators, which also include the Libs of TikTok Twitter account, have spent weeks making similar misleading claims about trans care in Boston, leading to multiple bomb threats at the hospital. The FBI has already made one arrest.

Children’s hospitals in Omaha and Pittsburgh have been targeted in recent months as well.

Some protesters have gathered outside the hospitals. But over the weekend in Boston, counter protesters far outnumbered anti-trans activists, holding their own signs with supportive slogans like “celebrate trans kids.”